The #ThisLittleGirlIsMe campaign by Inspiring Girls International and lead by Miriam Gonzalez Durantez is ongoing till 11th October 2021 Please join in. Inspire the next generation of girls by sharing your photo and your story #mpwrbc #bettertogether

Tracy: Lover of dancing and art and always wanting her own business! Her dream job; was having an ice cream cart in the Museum Gardens in York.

Her logic; The museum gardens are beautiful and full of people enjoying the space in the sun. She would also earn so much money working through the summer months that she would be able to have the rest of the year off!

Her career took a very different turn when she fell pregnant at just sixteen. Wanting two children, her second son was born just two years later. While they were little she worked evenings, nights, weekends, until eventually she was working full time for a large corporate.

Never forgetting her dream, it finally happened when the boys were teenagers. She trained to become Events and Wedding Planner. Within a year she went all in with the addition of a wedding shop.

Then child number three! – She sold the business (brides to be that have your mobile number, and a newborn is not ideal!)

Not knowing what she was going to do! Not having a clue what the next step was! She took a break and dug deep into thoughts around what she had to offer. 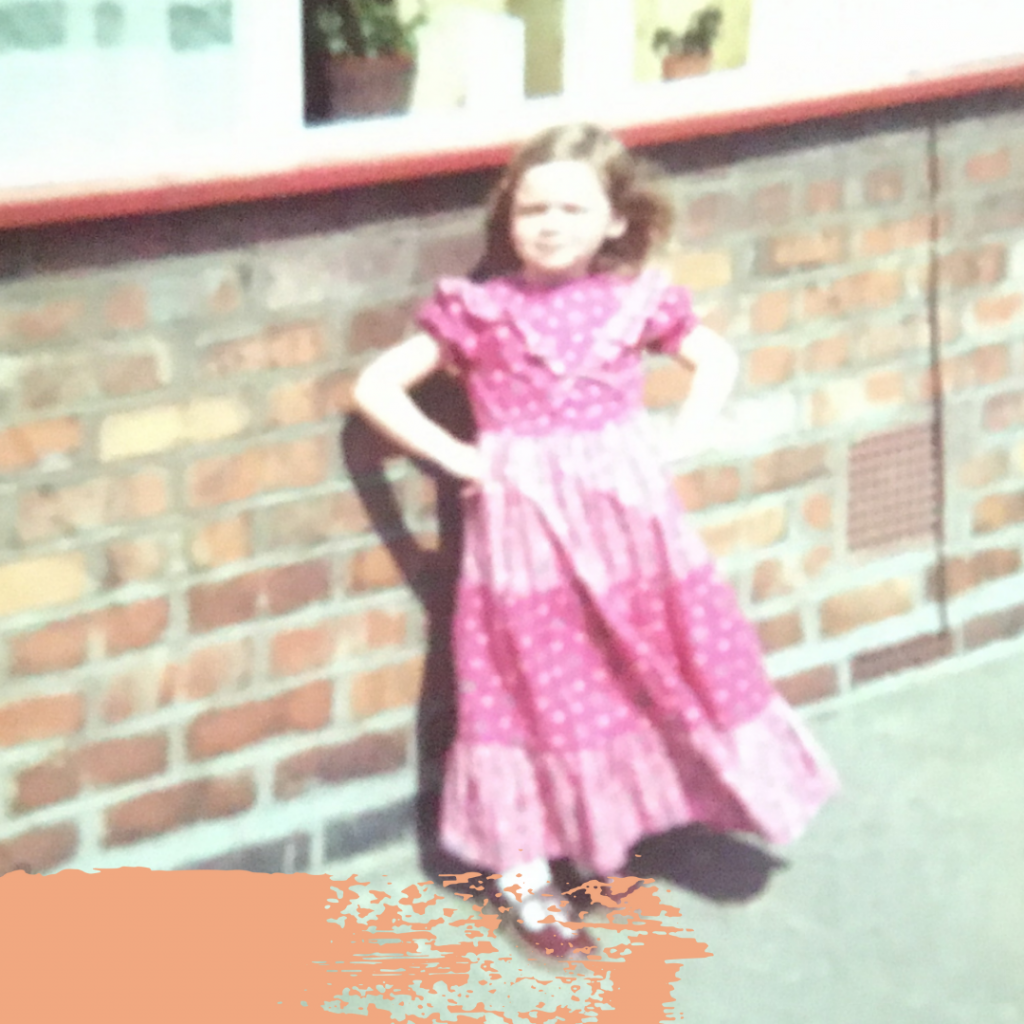 Today, she is the Founder and CEO of MPWR.

Supporting female business owners in getting their businesses where they want them.

Doing exactly what she needed all those years ago. Helping all her members, to do everything they need to do to get ‘their’ ice cream cart in York Museum Gardens, making enough income in the summer, to have the rest of the year off.

Hmmmm! Maybe she should also be a careers teacher. 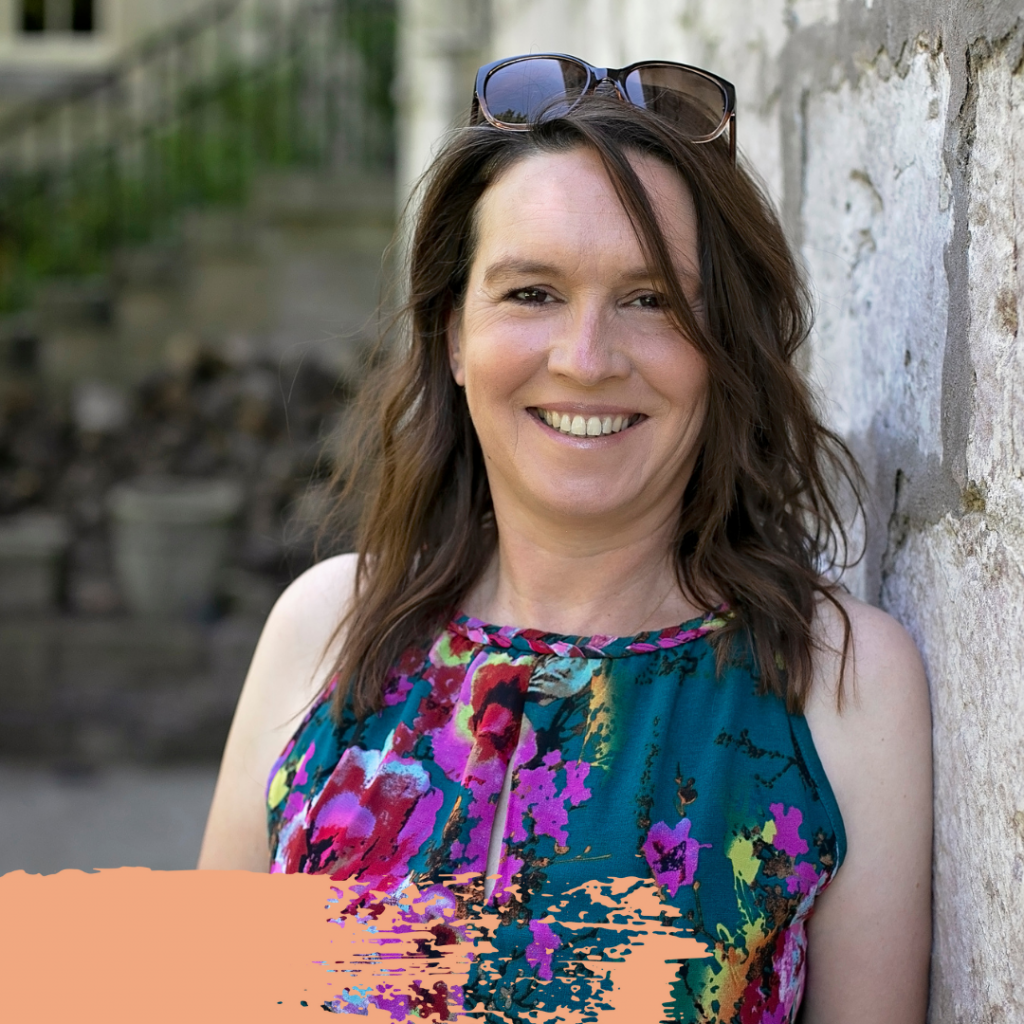 Hannah: This girl grew up in a rugby family with 2 big brothers, unsurprisingly she was a bit rough & tumble & always identified as a tomboy. She wanted to do everything her brothers did but she wasn’t allowed to join cubs or play rugby, which she’s grateful for now given the injuries!

This girl found school relatively easy, but she didn’t like the pressure of her secondary school, that said she made the BEST friends.

This girl loved farming programmes (think all creatures great & small), she wanted to immerse herself in that life & thought she’d make a good vet. That was until her Chemistry teacher told her it wasn’t going to happen.

This girl took it on the chin, decided not to try & got enough A-levels to study Agriculture, the dream was to find a farmer to marry!

She headed to Edinburgh Uni & ended up switching her course to Animal Science, favouring animal behaviour. Her course mates were a lovely bunch, but their knowledge & experience intimidated her, she never quite fitted in & felt far more comfortable with the bunch of misfits she met in her halls.

She left Uni & somehow managed to bag herself a job as a temporary keeper at Edinburgh Zoo where she worked for 2 years before the call of travel set in.

In 2003 she packed her rucksack, got a working holiday visa, a one-way ticket to Australia & set off. She came back in 2005 having spent time in Oz, NZ & Malaysia. She also snagged a pretty delightful Dutch boy & persuaded him to move to the UK. They’re celebrating 17yrs together next month

She settled into working life, doing various jobs, never feeling fully satisfied or moving up ladders at any great speed which made her feel rubbish a lot of the time. She settled into what she saw as mediocrity & didn’t recognise how much she was learning & evolving.

2019 was a turning point, her dear Mum died, she turned 40, she was depressed & a colleague told her about Virtual Assistants. 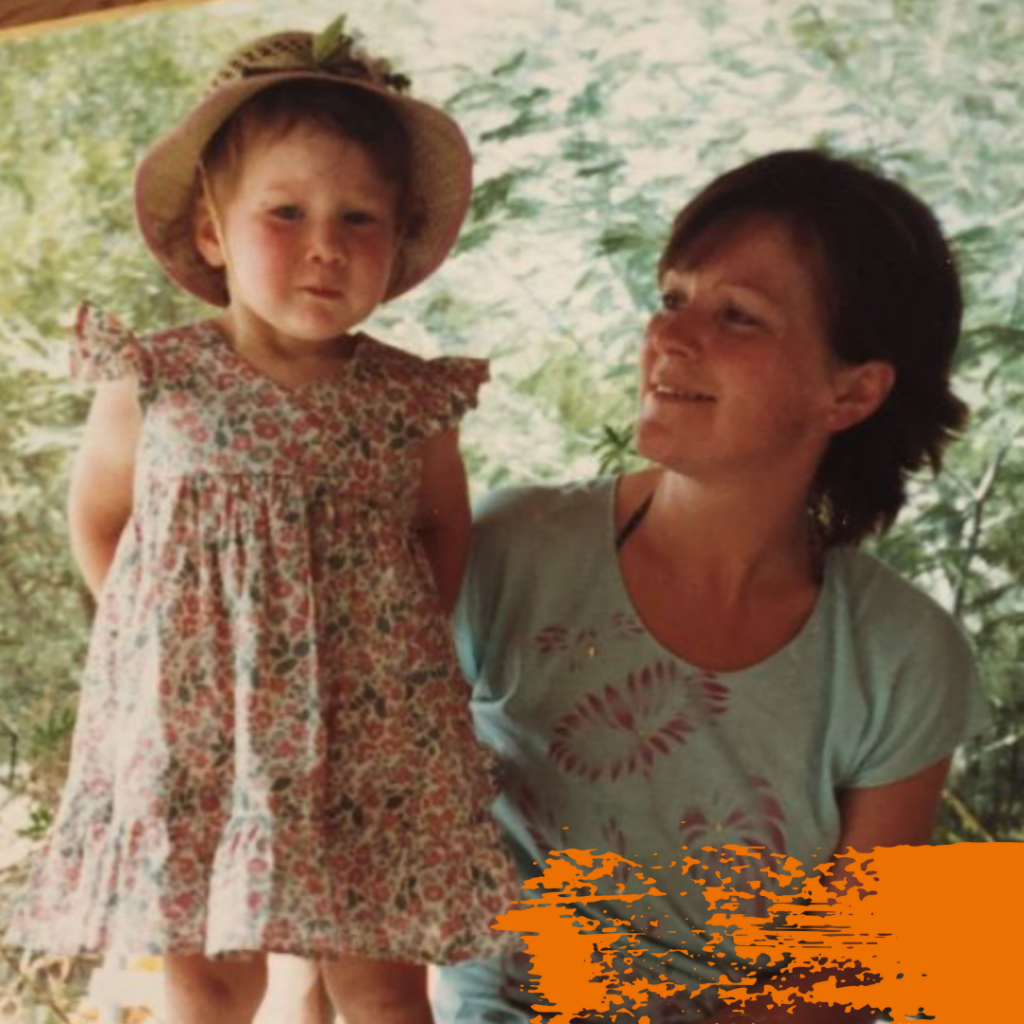 The idea of setting up an online business, being able to move to the countryside & maybe, just maybe get some goats meant that the seed was sown., She decided to set up a VA business which she launched in July 2020.

She’s fallen in love with the flexibility & freedom of freelance life, she still struggles with self-belief & confidence, but she feels more empowered than ever. She was scared of the ‘business’ world & thought, like most things, running a business was beyond her capabilities. She has been surprised by the kind, supportive & nurturing community she has found.

In June 2021 she moved to the Yorkshire Dales, the first step to the smallholding dream. 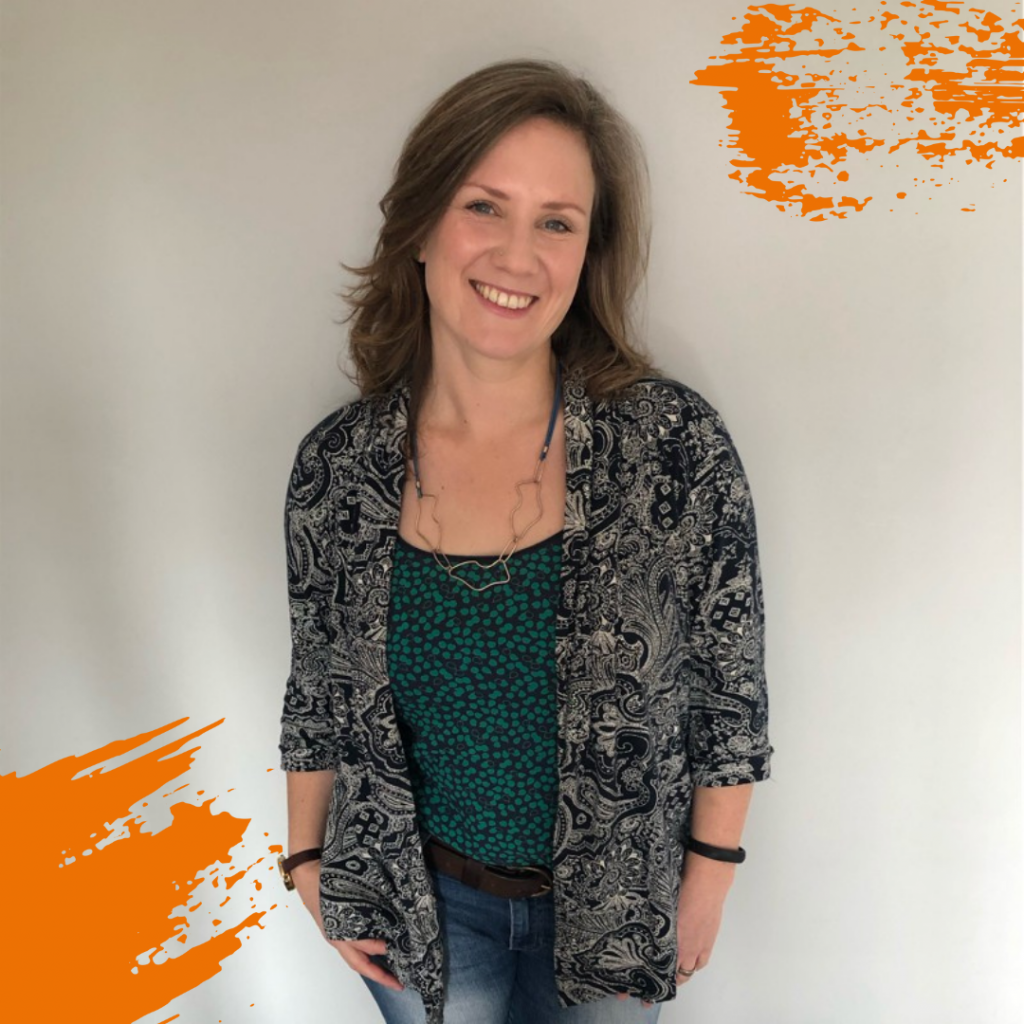 This little girl, was very lucky growing up. She was raised in a loving family in a village just outside of Hull.

She always wanted to follow in her Dad’s footsteps and have her own business and an office. That was about how far the knowing what she wanted to do when she grew up went.

She had a great primary school life, it was the best! She was always involved in everything! Sports, clubs, choir. All of it. Secondary school was a bit different. She was badly bullied and spent a good couple of years feeling very alone and isolated. She learned to enjoy spending time on her own. It made her resilient and strong (on the outside anyway).

This little girl loved football – a Leeds fan like her Dad. She went to as many matches as she could. As a family they went on lots of holidays. This fuelled her hunger for travel.

She got great GCSE’s and went on to do ALevels. She’d always had a passion for art, graphics, media and photography. She ditched Art at A-Level as everyone said that she should do a business one. So she did. What kind of job would she get from an Art A-Level people said?

By the age of 14 she had 4 jobs. Saturday girl in a local salon, 2 waitressing jobs and some cleaning here and there. Her work ethic was always to do a lot. (too much?) Work hard, play hard from a young age. The independence that money gave her was addictive, eventually buying a car, clothes, socialising. She learned so much working in these jobs – how to talk to just about anyone, customer service, sales and organisation.

Once she finished sixth form, she took a ‘gap year’ to travel and deferred her place at Manchester Uni. The plan was to work for 6 months to pay for the travelling. This is when she got a job as a marketing exec for a catalogue. Within 6 months, she was off travelling to all around the world, including Hong Kong. She liked earning money too much to be a student again. So Uni never happened. She got sacked from that job aged 20 following a naive approach to office politics and did a short stint as a telemarketer and PAT tester.

She returned home and took a Maternity cover role for a technology reseller in York. During her time there she worked in various roles and also so happened to meet her now husband.

Moving to work for a competitor in 2012, she climbed the career ladder to secure a place on the senior leadership team. Big job, lots of travel and a tonne of experience under her belt.

After getting married in 2013, she now has 2 children – the driving force behind the desire to flexibly work for herself. When on maternity leave with 2nd baby, she was made redundant and this was the kick to finally take the leap into doing her own thing. She set up Perks Marketing Ltd Marketing in 2018, retrained in some areas she hadn’t focussed on and got going… 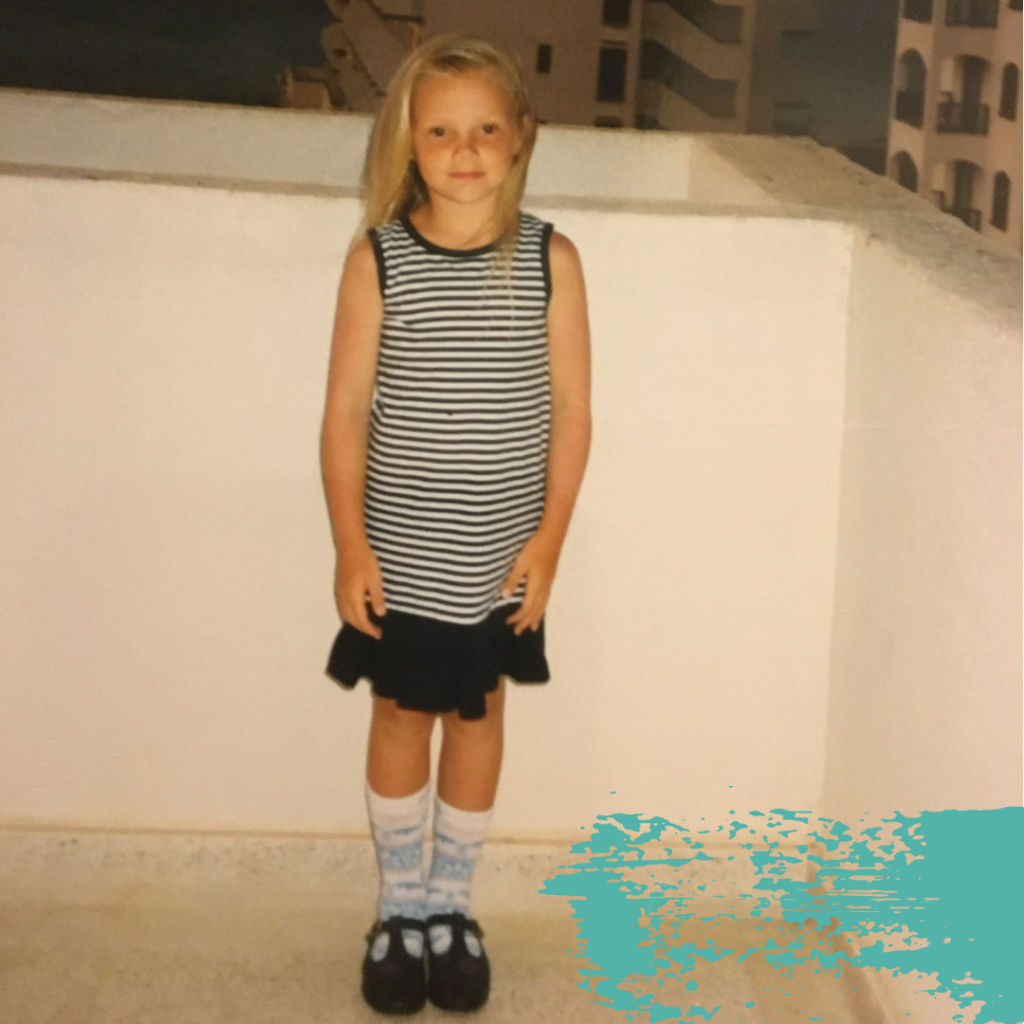 One of the first things she did was network with what was MPWR Business Club at the time. That’s how she met Tracy. They are now Business Partners – it’s the best having someone to work through all of the highs and lows of running a business with.

She now juggles 2 business, 2 kids, 2 step kids, a dog, a cat, life in general. Sometimes it’s awesome, sometimes, it’s really hard. But she wouldn’t have it any other way. She still struggles with wondering if the next client will actually want to work with her, if anyone will buy what she does. Has a terrible case of FOMO and Comparitus regularly, but with the right support around her manages to shake it off in the end. She is working on being better at shouting about herself – she’s ever so good at doing it for her clients! 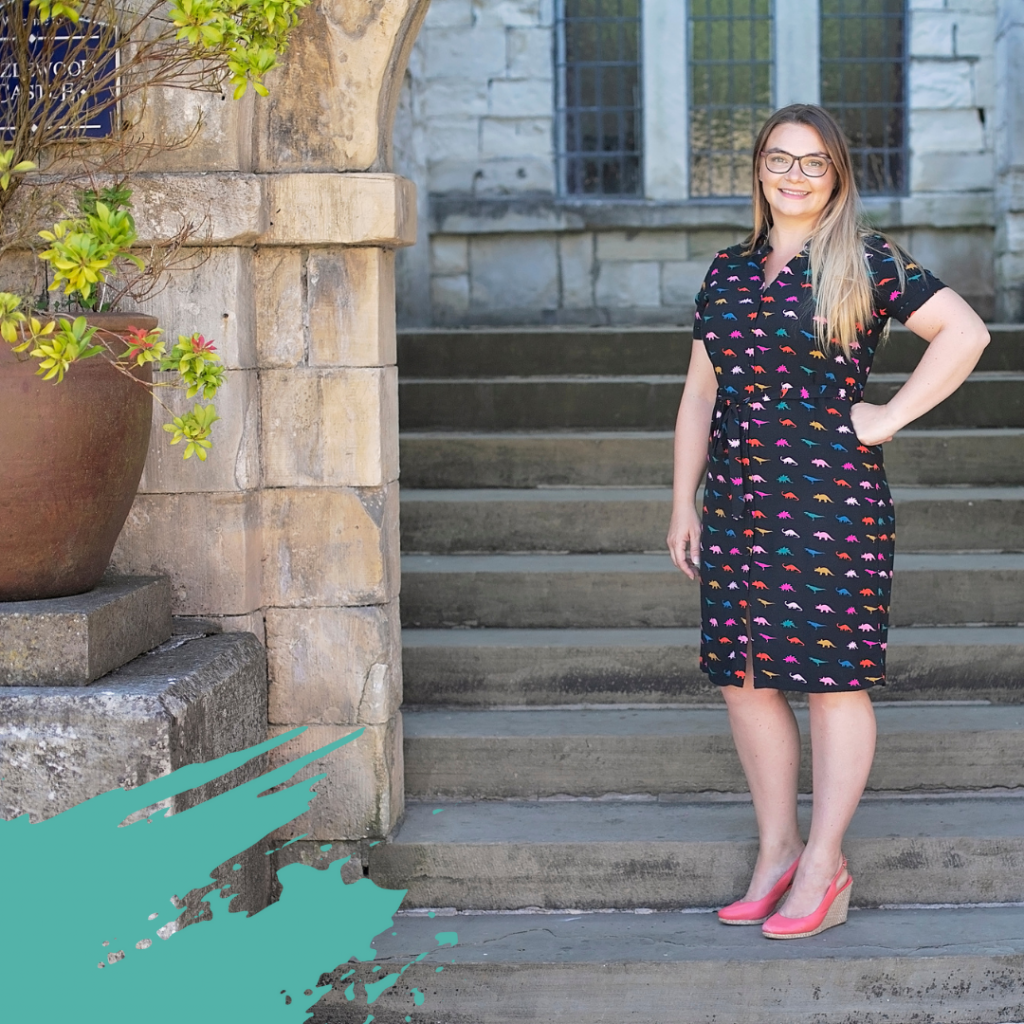